Claudia Rosencrantz on deafness and her new life with sound 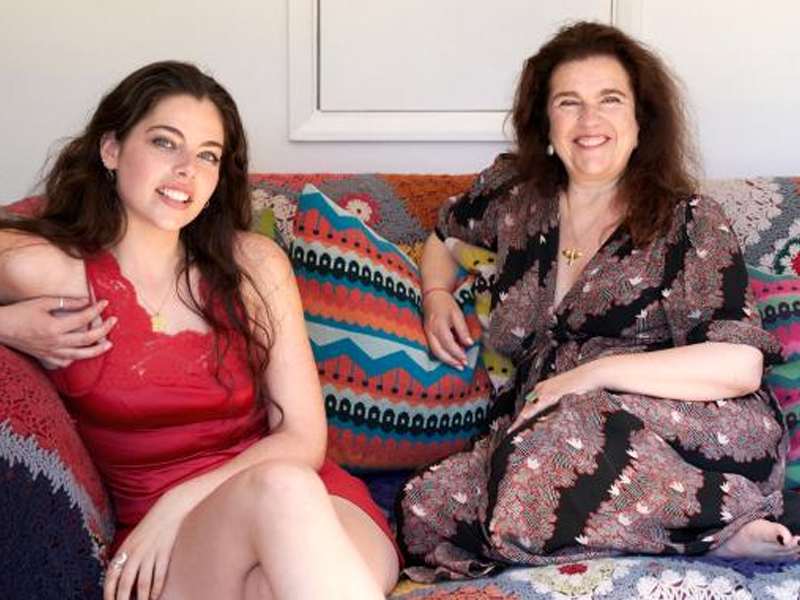 For the best part of 30 years, I have been profoundly deaf. It has meant that my daughter, Lola, now 20, has never taken it for granted that I could hear her as she was growing up. If she was in a school play, she would shout out her lines on stage so I would hear them — and then get in trouble for it.

A year ago, just as my hearing really deteriorated, she committed to being a singer-songwriter (she goes by the name Lola Aviva), recording her own songs and playing gigs with her band. Everyone kept telling me how amazing her voice was, but of course I couldn’t hear her. But two months ago I had a cochlear implant, and have gone from just 3% hearing to it being almost perfect. The night I got home from hospital with the implant that finally gave me back my hearing switched on, Lola ran and got her guitar and started playing for me. That’s how important it was for us.

I have been deaf since my twenties, when I contracted meningitis on holiday in France. I remember little about it, apart from my then boyfriend and the doctor looking extremely worried. I recovered and forgot all about it, until three months later when it struck me how rude everyone was for constantly whispering. I soon realised it might be me, so I went for a hearing test and was told that I had lost my entire upper register and gained 24/7 tinnitus — believe me, not a good trade. The top pitches that I’d lost define the consonants. So, for example, goat and coat merge, leading to some hilarious parallel-universe conversations that I sometimes adored. Mostly they frustrated me — hugely.

The doctor told me to get a hearing aid and learn to lip- read, which was a massive shock — it’s like going for an eye test and being asked if you can accommodate a guide dog. But I did both. I tried various hearing aids — all too big and cumbersome and I hated them all — and used them erratically. My lip-reading, however, became world class, and I was sought after for royal-wedding balcony translations.

I cracked on with my life and career as a high-profile TV producer with gusto — something I inherited from my parents. I never gave my loss another thought, apart from not hiding it and telling everyone I was deaf as a post, which made people laugh. I’d respond, saying: “Actually, it’s not funny — I am.” My modus operandi was to deny there was a problem and, in truth, it never impacted on me. I worried about not being able to hear my baby daughter cry, but I could. Her words, less so: “A polar bear came to your school today?” I repeated one day to her. “Yes, that’s right,” she nodded. That’s how she coped with having a deaf mum.

At work, I enlisted fabulous colleagues to help. They would write notes for me during conference calls, and made sure I summed up everything on email, especially before agreeing to large budget spends. I moved from producing Dame Edna to running ITV Entertainment, eventually doing 700 hours of prime time. I am amazed to see many of my shows still in rude health — I’m a Celebrity…, The X Factor, Britain’s Got Talent, Who Wants to Be a Millionaire (even I could hear coughing in the scandal, prompting me to call Scotland Yard to investigate), and of course the hugely successful reboot of Love Island, a show I originally commissioned to stop the annual summer wipeout by Big Brother. 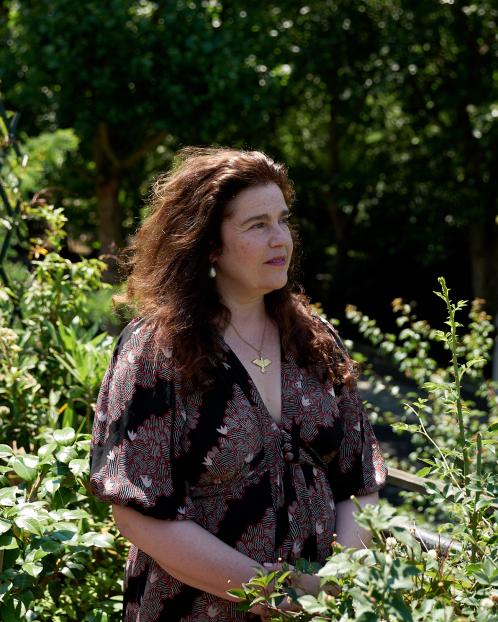 I actually coped extremely well, though the business had to adapt and accommodate my hearing loss. I could do some phone calls, though conference calls were pointless (and hilarious). People knew to touch my arm to attract my attention, and that if I wasn’t looking at them, then I wasn’t hearing (others just thought I was rude to ignore them). At the annual LA screenings, the studios kindly arranged for private sessions and DVDs for me. I never thought of myself as disabled or disadvantaged. I just adapted and got on with it, and saw lots of foreign films. And was the secret to my happy marriage down to the fact I couldn’t hear half of what my husband, Daniel Abineri, said?

I also discovered how appalling deaf access is: from the loops in cinemas that don’t work or don’t exist, to subtitled performances being at 10am on weekdays, to utility companies telling you: “Your husband can talk to us on your behalf.” People associate “deaf” with “stupid” — it’s so easy to link the two when you have to repeat something multiple times. It’s a total disgrace, more so when you discover that 19% of the UK population has some kind of hearing loss. The biggest growth age group, by the way, is 16- to 24-year-olds, because they listen to their personal stereos turned up way too loud. All of this I discovered when ITV bravely asked me to do a six-month audit of their subtitling. It didn’t make for easy reading, although, to ITV’s credit, it acted upon all my findings.

Four years ago, my hearing got much worse — if that was even possible. My middle register had gone and I was in deep trouble. I’ve lost count of the times I have handed my phone to a stranger in the street and asked if I can lip-read them as they tell me who is on the other end and what they want. They all did it. When I became CEO of the Jamie Oliver Media Group, I said I thought I was too deaf and, although they disagreed, I found the next few years extremely tough, practically and emotionally.

My hearing went off a cliff a year and a half ago and I decided to remove myself completely from work and circulation while I dealt with the reality of it. I had to move from denial to acceptance and decide what to do. The audiologist who had supplied me with the only hearing aid I actually got on with was concerned about the decline. There were no hearing aids that could help, and I was exhausted from working so hard to fathom what people were saying. He suggested once again that I consider having a cochlear implant, which had always terrified me.

He sent me to see Professor Shakeel Saeed, a consultant surgeon at the Royal National Throat, Nose and Ear Hospital. He told me I was “non-functional” (harsh but accurate) and that doing nothing was not an option because my aural nerve would die through lack of stimulation, and then my brain would atrophy. I cried, but Daniel was ecstatic — there was a solution. I had the operation at the end of March: three hours of brain surgery, and for 2½ weeks afterwards I sat in total silence — I had even lost that 3%. When it was time to be switched on, I returned to hospital, where an audiologist explained that I would hear sound — who knows what, but I was not to worry. Suddenly everything sounded crystal clear. Daniel recited a poem and said he saw 30 years of stress leave my body the second I realised I could hear. On the Tube home, hearing “Mind the doors, the next station is Paddington” was unexpectedly moving. And when I got home, Lola was waiting. I said: “I can hear!” She turned her back to me to speak — she had to have proof — and I replied. She started to sob like I’d never seen her sob before, as a lifetime of me not being able to hear her disappeared into history. That moment was one of the happiest of my life.

So I am back from a long and lonely journey to the silent land. I am ready to take on exciting new challenges, which includes changing the appalling state of deaf access. I feel I can do anything now. I’ve heard tiny birds tweet, waves lap and conversation with friends on the beach in the dark by a bonfire. It’s very hard to find adequate words to thank the prof for this gift of sound, but he knows that I will never, ever get bored with hearing.